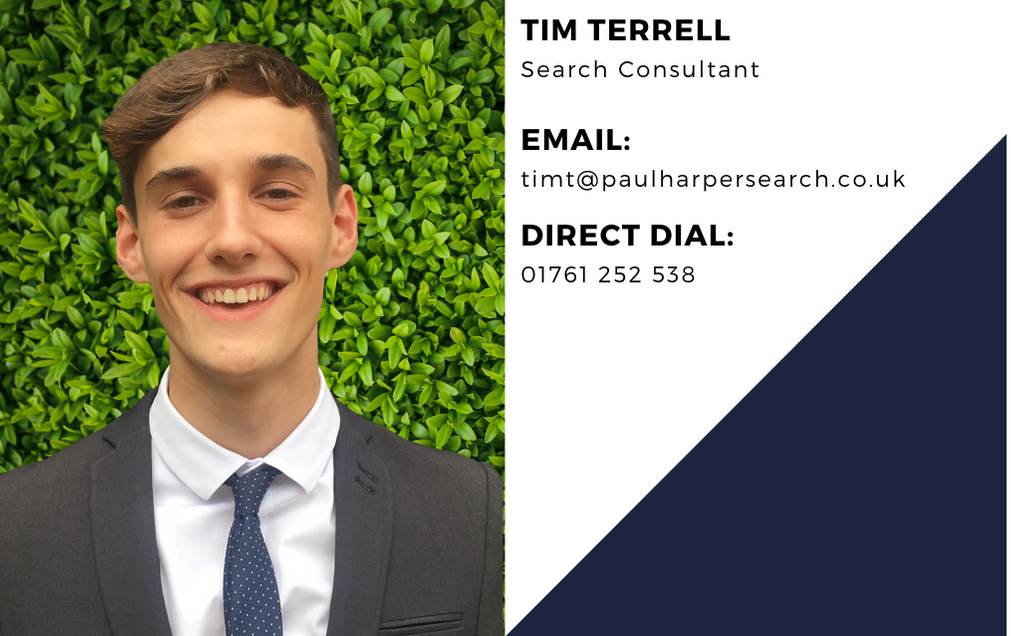 Tim Terrell joined Paul Harper Search & Selection in February 2018, originally as a Resourcer within the Intermediary Distribution division, before being promoted to a Search Consultant in the Wealth Management / Advisory division, specialising in recruiting Financial Planners and Financial Planning Managers/Directors.

Prior to joining Paul Harper Search & Selection, Tim was an Assistant Manager at a local restaurant/hotel, but gained an interest in recruitment after exploring the different career paths available to him.  He has since obtained his CertRP credentials through the Recruitment & Employment Confederation (REC).

He prides himself on being a market specialist and is known for offering honest, trusted advice to both clients and candidates.

Outside of work, Tim spends his time following Tottenham Hotspur, Bath Rugby and Formula 1, and is a keen chess player! He has an identical twin brother and is an avid traveller.