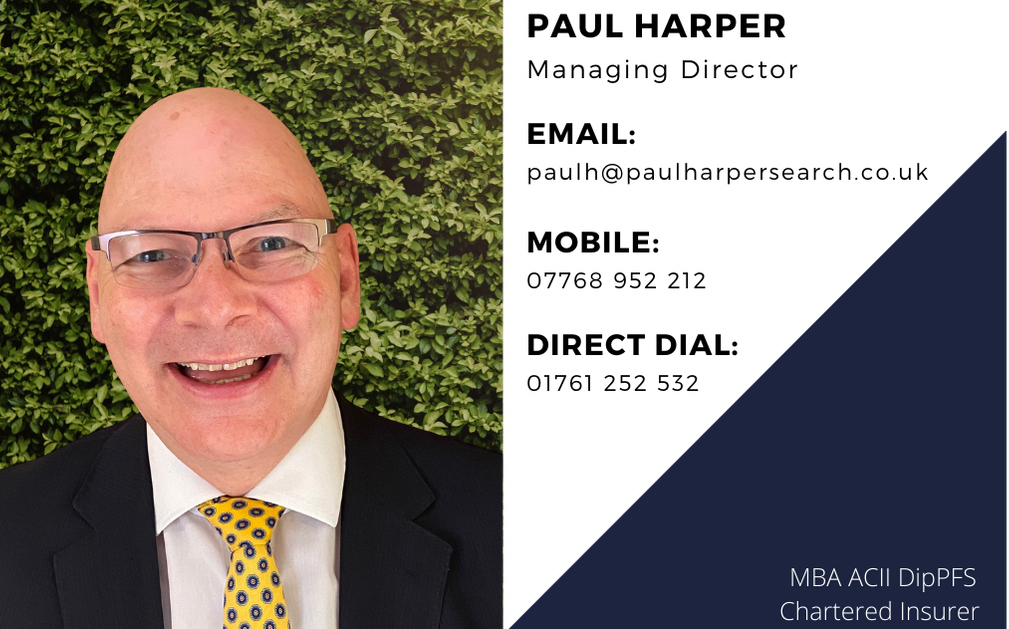 Paul Harper is a Chartered Insurer and Retail Financial Services professional. He worked for over 15 years in the sector before moving into executive recruitment, setting up Paul Harper Search and Selection in 1999.

Paul spent the first 15 years working for Life companies, such as NatWest, Legal & General and Eagle Star (now Zurich). Paul progressed from Broker Consultant in Bristol and Cheltenham to Branch Manager in Northampton, to IFA Sales Manager in Leicester. He then became Regional Manager of Eagle Star’s flagship London office before being appointed as Sales Director of a large London based Recruitment Agency in 1996.

Paul established Paul Harper Search and Selection in 1999 which is one of the leading boutique Financial Services Search Firms in the UK.

Paul is a great advocate of personal development and holds an MBA from Warwick Business School which compliments his financial services qualifications.

Previous Chair of the Association of Executive Recruiters (AER), Paul is a frequent contributor to industry debates on recruitment, salaries and training and has also written articles on this area for a number of industry publications.